Since you’re probably aware of what electricity is, have you ever heard of hydroelectricity?

Hydroelectric power is produced in a total of 150 countries within the Asia-Pacific region. China has been listed as the biggest hydroelectric producer with a total of 920 TWh and uses 16.9% of this type of electricity in domestic homes, which is a lot more than in other countries throughout the world. 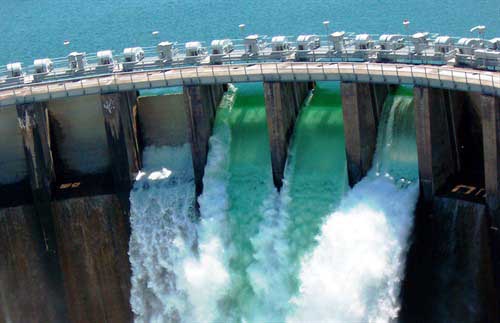 Hydro stations, which serves as the power stations of hydroelectricity, consumes no water whatsoever, which is an improvement to coal and gas generated sources of electricity.

Presented as a more flexible source of energy, hydroelectricity is produced by making use of dam reservoirs. It also delivers a much lower output lever greenhouse gasses than that produced by fossil fuel derived from energy plants.

The Future Potential of Hydroelectricity

Since hydroelectricity is cheaper than most electricity generating methods, is renewable, doesn’t waste water and is considered a greener option for our earth, reducing the output of greenhouse gasses in the atmosphere, it is quite understandable as to the reason why it is currently preferred and has major future prospects all around the world.

One thing people globally tend to focus more and more on these days is sustainability and protecting the planet. With that being said, hydroelectricity will be a great source of electrical energy supply in the future as well. There are also high hopes for its demand to increase even more annually.

Adding to the major impact hydroelectricity is leaving on the world, with 71% of Europe, 79% of North America, 79% if South America, 82% if Asia Pacific, 95% of Africa, as well as 95% of the Middle East, it’s clear to see that it is currently the leading source of electricity and will continue to be in the future as well.